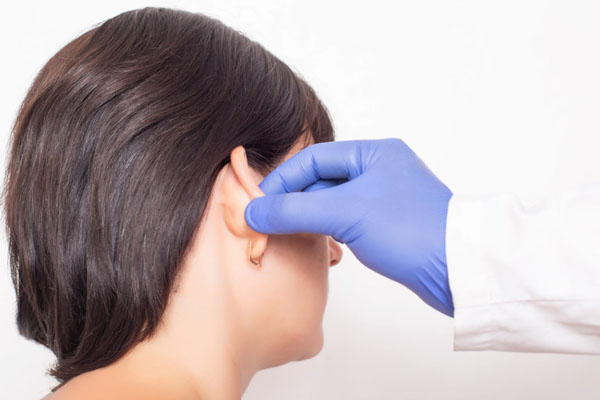 The ear reconstruction surgery in East Delhi corrects a wide variety of functional and aesthetic problems of the outer ear. Thanks to this surgery, it is possible to correct birth deformities and damage caused by traumatic injuries. Do not forget that defects such as microtia and injuries that cause the loss of part of the ear influence the appearance of people’s faces and their self-esteem.

Microtia is a congenital ear defect that appears in approximately three out of every 10,000 births. It is about having a “small ear” (more than normal) and the problem can affect one or both ears. In the latter case, the risk of hearing loss is greater. But this does not have to happen, because after reconstructive surgery of the ears and bone conduction hearing aids, good results are obtained. There can be different degrees of severity:

Ear reconstruction surgery in East Delhi is used in these situations to restore the natural appearance of the ear and improve hearing capacity.

In general, full ear reconstruction surgery  is developed in four distinct stages, each of which includes one or two procedures. For optimal results and recovery, most otoplasty specialists complete these stages at two to three month intervals.

It is very important that after each stage of ear reconstruction surgery in East Delhi, patients avoid contact sports for about four weeks. They should also pay close attention to the area of ​​surgery, to detect possible side effects of otoplasty. While the risks associated with reconstructive ear surgery are minimal, all surgical procedures have potential complications. To achieve optimal results and have a good recovery, it is essential to carefully follow the surgeon’s instructions.

The first stage of ear reconstruction surgery includes two procedures: obtaining healthy cartilage from the ribs and then inserting the prepared cartilage into a pocket of skin under the deformed or damaged ear. This step of the surgery takes between four and five hours and requires two to three days of recovery in the hospital. An alternative is to use preformed artificial skeletons (medpore).

During the second stage of the ear reconstruction process, the new lobe is created. This outpatient surgery takes about an hour and the sutures are removed a week after the operation.

In the third stage of reconstructive surgery, the newly formed ear (the framework of the cartilage and the lobe) is lifted from the side of the head and then a skin graft is applied to the lower part of the ear. Normally, the small skin graft is obtained from the upper part of the buttock and the graft area heals itself under a protective bandage. This outpatient surgery takes about two hours, and the sutures are removed one week after the operation.

In the fourth stage of ear reconstruction surgery, the plastic surgeon in Preet Vihar creates an opening in the shell (to appear like a natural ear canal) and works to achieve symmetry and balance in the contours of the ear. The procedure is outpatient and requires approximately two hours. The last stitches will be removed a week later.

And how is reconstructive surgery after trauma?

The most common traumas to the ears are lacerations, burns, infected or torn piercings, and skin tumors.

The type of reconstructive surgery that we will have to do will depend on the type of injury that has occurred, but also which part of the ear has been damaged, if all or only one area.

Torn earlobes are corrected with a variety of time-consuming techniques. However, if a total reconstruction is required, the procedure can take months.

The most common injuries to the ears are lacerations, burns, infected or torn piercings, and skin tumors.

Sometimes before performing any surgery it is necessary to wait for the wound scar caused by the injury to heal. In any case, when an ear has been traumatized, it is necessary to see a doctor as soon as possible to avoid further damage.

How can reconstruction of the pinna benefit?

If you have a pinna with any deformity or if it is simply absent, reconstruction offers a possibility to resolve these disorders.

These types of operations normally require two surgical stages, which are usually carried out in a period of six months each.

It is a delicate procedure that implies extensive knowledge and experience of the technique to be practiced. The definitive results provide great benefits to those who undergo this type of ear reconstruction surgery in East Delhi.